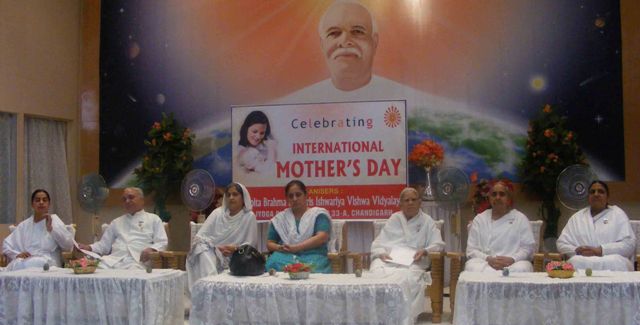 Chandigarh, 12 May, 08: International Mother’s Day was celebrated by Brahma Kumaris at Rajyoga Bhawan, Sector 33-A yesterday evening wherein Miss Kusumjit Sidhu, IAS, Financial Commissioner, Punjab was the Chief Guest and Mrs. Harjinder Kaur, Ex-Mayor, Municipal Corporation, Chandigarh was the Guest of Honour. Speaking at this occasion, Miss Sidhu highlighted the role of women in the society from time immemorial. She said that women will have to assume her role of Durga now as there are many cruel acts like dowry death and foeticide are being inflicted. She said that there is great change in the personality of a woman as soon as she becomes a mother. Motherhood glorifies her status in the family in perticular and in the society at large. She quoted the saying “ As son is son till he gets his wife, but a daughter is daughter through out her life” She insisted that woman will have to recognise her inner powers and take the society to new heights.

On this occasion Mrs. Harjinder Kaur said that it is need of the hour to have deliberations, seminars etc. on the pious role of mother. She quoted saints, mahatmas and upnishads signifying the role of women. In one of her saying she said “God could not be everywhere, that is why He created Mother”. She said that when we talk of human relations, tolerance and sacrifice, no body on earth can compete with a mother in these qualities of life. Mother is the  mbodiment of tolerance and sacrifice. She said that only mother can be compared with God in respect of her inner values and strength. She is Saraswati and Lakshmi at one hand and Durga at the other. Mother is the first teacher of her child and guide through out his life. She had been and still is the major part of family. She quoted words of the great Napoleon “Give me a good mother, I shall give you a good nation.” Speaking on the occasion Brahma Kumar Amir Chand, National Vice- Chairperson of Social Wing of Brahma Kumaris also commended the role of women as Mother in the family. He said God has created mother as his representative on the earth.

He further added that where a women is respected ,prosperity and peace automatically follow. She is the pivot around which the entire family revolves. He said that there is a need to recogonise the abilities of women. Brahma Kumari Uttra Behn also highlighted the importance of Mother’s Day and role of mothers in our families. She said that a woman is being worshipped as a Devi in almost all sections of society. Rajyogini Brahma Kumari Achal Didi ji Zonal Chief of Brahma Kumaris said that importance of woman in the ancient society from Satyuga in the form of Sri Luxmi and Sri Sita cannot be forgotten. A society becomes prosperous where a woman is given honour and respect. Recognising the strength and inner power of a woman, Brahma Baba, the Founder of Brahma Kumaris Ishwariya Vishwa Vidyalaya had bestowed all the powers of the organisation with holy mothers and sisters. She asked the mothers present in the audience to take a pledge on this auspicious Mother’s Day as following:

On the International Mother’s Day, we take a vow that : 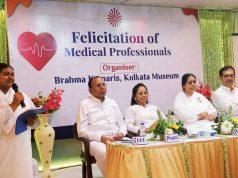 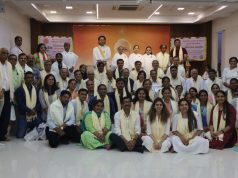 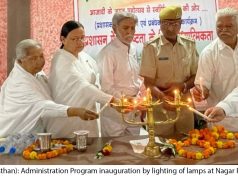