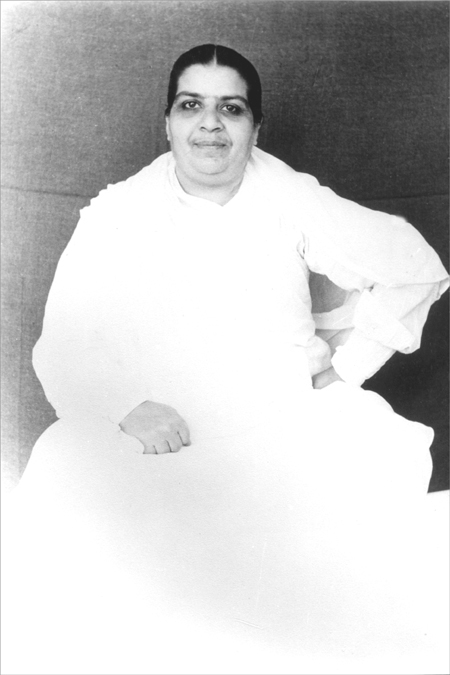 To the lucky living stars on earth, the beautiful children of Mama, the Moon, and Baba, the Sun,   My Dear Divine Sisters and Brothers, Loving greetings to all of you on Mamma’s Day!

Madhuban has offered bhog to Mama on Sunday morning. Since the early hours of amrit vela, the atmosphere of Pandav Bhawan has been that of deep silence and power, reflecting the nature of our beautiful Mama.
I was sharing in class how this is the first time I am spending Mama’s Day in Madhuban since 1974, when I left Bharat for foreign service. I was meant to depart on 23rd June for a tour of Israel, Greece, UK and USA but it’s my greatest fortune that Baba and drama decided I should be in Madhuban to cherish the memories of our Mama.

I didn’t sleep for most of last night; I was thinking about Mama and the extraordinary depth of her purusharth (effort) and attainment of the karmateet stage. We are Baba’s children, but it was Mama who sustained us unconditionally.

Mama was never careless in her efforts and yet no one ever saw her labour or struggle to progress in her spiritual life. Her ever-alert mind, unlimited faith in the intellect and detachment from the body and bodily relationships ensured that no obstacle could challenge her.

Mama never looked at what others were doing; her focus was on the self and Baba. Mama’s heart was so pure that she enjoyed watching Baba care for us. There was never the thought: why was someone receiving more attention or sustenance?

I have learned so much from Mama and would like to share these teachings with you, as they have strengthened the foundation of my Brahmin life:

On Mama’s day, let us all take up the determined thought to fulfill Baba’s wishes. We cannot afford to be repentant in front of Baba. Let our true income accumulate, so that we give the return of our Parent’s precious sustenance.

I am sure all of you will take special time to experience this day.
With special loving wishes from all the Madhuban Niwasis,
In Baba’s sweet remembrance,
B.K. Janki

At this moment, in this month, at this point on the turning wheel of Time, our thoughts turn to her. To Mama. We are drawn to the familiar image of her sitting silently beneath the tree, at the base of the Tree of Life itself. Quiet and unassuming –  incognito. And from this still, strong space she sustains the whole tree, every leaf on every branch.

Through the roots she help to nurture, those early young kumaris she encouraged and supported, we many, many Brahmins who did not know her, feed on the fruit of what she attained.

All over the Brahmin world, today, minds will turn to recall her extraordinary story, her unique part in the Great Play. This morning we consider just five faces of Mama, five aspects of her journey from the moment she came to the yagya to her continuing powerful subtle presence.

We reflect first on Radhe the young kumari; then the face of goddess Saraswati; then world mother Jagadamba; and finally Lakshmi, empress of perfection.  We see all this in Mama …Maa, the Mother;
Each face is exceptional, outstanding, unique, embodying strengths and qualities to which we aspire.

Radhe
First , the face of a young girl Radhe, bright, and shining with talent, blessed with possessions, prosperity and all the opportunities the world could promise.

A girl in the height of fashion, but she did the unfashionable thing, One fateful meeting and with a single stride she stepped away from that fortune to take up another fortune altogether.
He recognised her at once. Pure, and pure in heart, simple in her soul. He invited her to immortality. Unhesitatingly she accepted. Immediate surrender.

Renouncing all in an instant, and in that instant, gaining everything.
At once, the journey began: the careful committed focus on herself, to change, to grow, to become worthy of his invitation.

Mama  Maa
In no time at all, it seemed, in the twinkling of an eye, she transformed into the next phase…   The graceful girl who went to sleep, awoke – not just a woman, but a loving mother. Though she bore no children of her own, straightaway she knew how to care for and sustain the numerous children he had created, born from his mouth, brought to life through his vision, reborn to an understanding of who they are.

Like any mother, Mama knew intuitively when to comfort and encourage, and knew when loving support is best served by a certain toughness, expecting great things from each one with equal vision.    Expecting more of each one, than perhaps we think possible of ourselves. Each one of us is inspired to exceed our best, to merit her high vision. Yet her love did not judge and was given without condition.

With gentleness and quiet courage, Mama rose to meet each test, accepted and accommodated each challenge.

The unshakeable base of the strength she shared was the bedrock of Knowledge. She listened to his words, she wrote down his thoughts and explained their meaning.   Mama mastered the things Brahma Baba spoke of, and having absorbed them into her being, shared and showered their meaning to all around.

Saraswati
All the qualities, the goodness and sanskars of greatness Mama accumulated in her life are present in her form as Saraswati, goddess of Knowledge, who strums the strings of sweet wisdom, who speaks wise words.
Mama loved the knowledge and Baba’s teachings; her gift was to share those teachings with such understanding, such depth and clarity that those she taught would love them too.

Like Goddess Saraswati, often shown cool, detached upon a lotus flower. That was Mama’s fragrant quality: to give generous, loving vibrations to all, yet to remain un-attached, saving herself only for the service and connection to the One Father.

Like Saraswati, music-maker, player of the veena, Mama’s whole life was a melodic song of love and service, sung from her heart, in harmony with Baba’s words and deepest wishes.

Jagadamba
Jagadamba – mother not only to the young kumaris, not only to the early yagya, instilling peace and good orderly direction, but mother to the whole world, world mother.

She never even left the shores of Bharat, yet every single leaf on every twig of the tree is nourished by her efforts throughout her life, even to this day.

Mama prepared and nurtured those first out-reaching Brahmins, to carry out Baba’s wishes. She imparted practical wisdom –  directions and disciplines that would keep them safe –  taught them to speak and gave the courage to go beyond the safe confines of the yagya.

She served those who would serve the world. And now her subtle strength encourages and empowers who step out to the corners of the earth to give drops of life-saving truth to the thirsty.

Lakshmi
First among the kumaris, first among the goddesses – first bride. Lakshmi. Mama’s final form as Lakshmi, Goddess of Wealth and All Attainments,

Those who knew her, pile up the qualities she demonstrated and practised in her life – Purity, Intelligence, Obedience, Grace.  Mama was Accurate & Accommodating, Loving & Detached, Teacher & Communicator, Orderly & Organised, Loving & Lawful, Generous & Giving.

Through her efforts in her lifetime, Mama accumulated all the virtues and positive qualities which in her Lakshmi form, she generously give to others.

As Goddess of Wealth, she bestows to all souls the unlimited riches of spiritual knowledge and with open hands and open heart decorates them with virtues.

On Mama’s day we remember her especially, and empowered by her loving energy, we try to emulate her virtues this day, and all days. 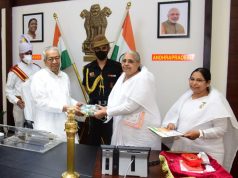 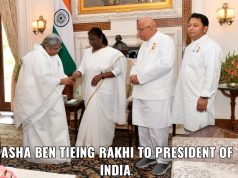 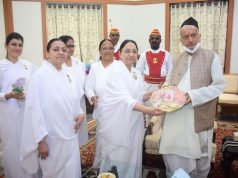